It is a peculiarity of the English language that we use a different word for the animal and the meat that comes from it. The name of the animal is derived from Old English, or Saxon, and the name for the meat from Norman French - for example:

The most likely reason for this is that post 1066, the Norman conquerors became the meat eating overlords while the Old English speaking 'peasants' tended the animals when they were alive, but rarely got to see them on the table. Eventually the language merged and we all enjoy the animals and meat we have locally. 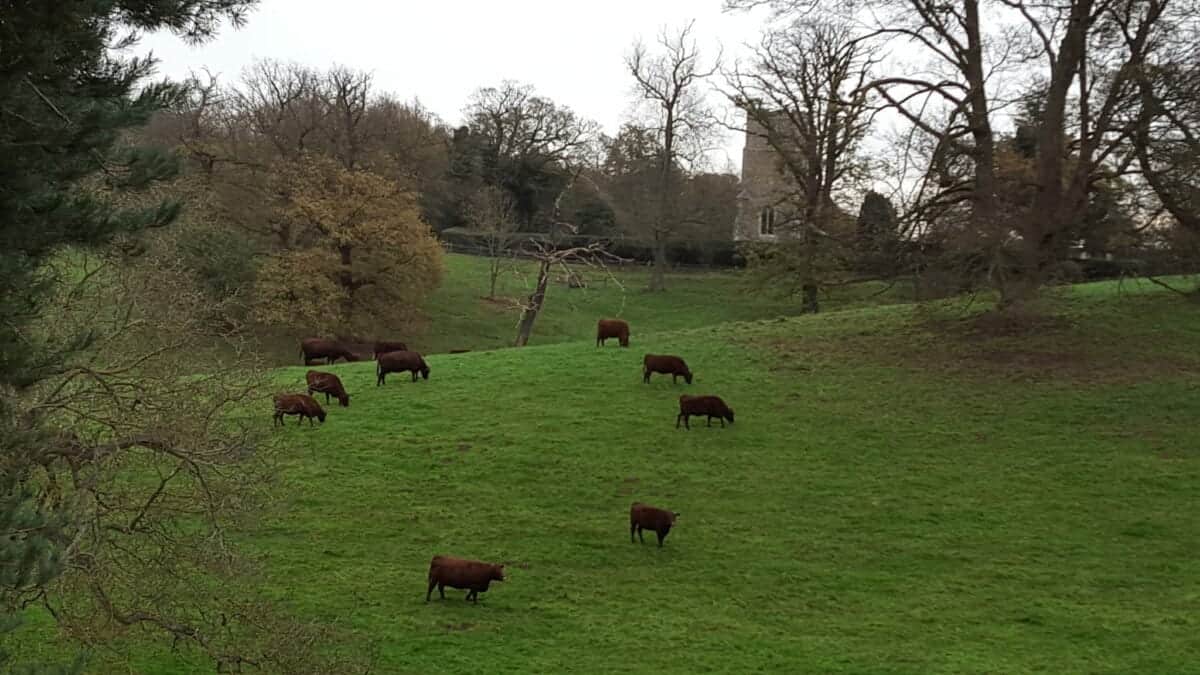 Interestingly (to etymologists at least) the word cattle denotes personal property in the same way the ox indicates wealth in Africa and elsewhere in the world. The origin of the word cattle is from chattel which is still a legal term for an item of property of tangible goods. Capital (meaning cash and main city), decapitate, cattle, chattel, etc all come from the Latin word for head, 'caput'. Bovines are the top animals!.